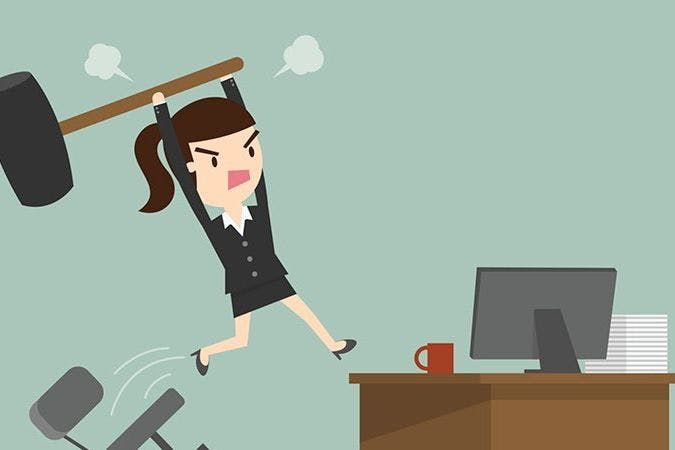 This blog is not for you (lol) – this is strictly for my own therapeutic purposes. Read at your own peril.

I don’t want to work where I work or have the job that I have anymore.

And it makes me feel like a snob. It is a great job. The organization however claims to be patient focused and I’m two steps below the president and I know for a fact that finance and saving money comes first (maybe not for a FACT but I am positive that my speculation is accurate or damn close). Don’t get me wrong. At a hospital, patient safety and having a patient centered model is really important and saving money is important.. but when you jeopardize care for saving a pretty penny?

Worse is that my boss is sexist. I’m sure of it. Since I’ve worked for him there have been five instances (not exaggerating) that he has eluded to the fact that women (me) should not perform / cannot perform / will not be viewed as performing. WHAT. I thought that shit went away in the 70s or 80s. At least the 90s?

So I want something new (I know that for certain). If I get past the fact that my boss doesn’t take responsibility when he should, or my work doesn’t get recognized, or I am two steps below the CAO and my boss won’t invite me to meetings for initiatives/huge projects THAT I CREATED, or the smug-ness of the executives or the shitty co-worker I have (who is a man) who always competes with me in the most arrogant passive aggressive way…………… then maybe I’d stay. Not to mention that I don’t like presenting to groups. I teach to a class at least four times a month. Sometimes nine-ish times.

So what does a woman do when she is miserable in her position? She half-asses job searching in the area. Gives up quickly. Then realizes that maybe she should dig deep and really analyze the reason that she is unhappy. Then she realizes that the dynamic with her boss is shit. And subsequently, she realizes, she knows that she wants to obtain a masters in clinical mental health counseling. THEN she remembers that any masters degree will be at least 2-2.5 years and SHE WILL NOT stay in her current position that long. She then knows that she really wants a new career but to get to the dream job she needs a new job in the meantime. So this time she goes all out on the job searching. There isn’t anything she meets qualifications on / would pay enough to maintain bills and her cost of living with her current life (even with a decent pay cut). Sooo. She submits an application to a university because she is pissed at this point. She knows that she has to go to work tomorrow and dreads sleeping tonight because tomorrow will suck and she has to deal with her boss who just passed ANOTHER project off onto her (that the CAO directly and very distinctly gave to him).

More to come and I say that for my own therapy purposes. I just need to write to get this shit out of my head for seven seconds.

© Finding Happiness & Happy Mental Health, 2017. Unauthorized use of this material without express and written permission from this site’s owner is strictly prohibited. Excerpts, links, web pages, and/or duplication of blog posts may not be used.

Randomness from my brain to yours to increase our moods together!

Find yourself, and be just that

Just a 20-something learning to find, love, and heal herself.