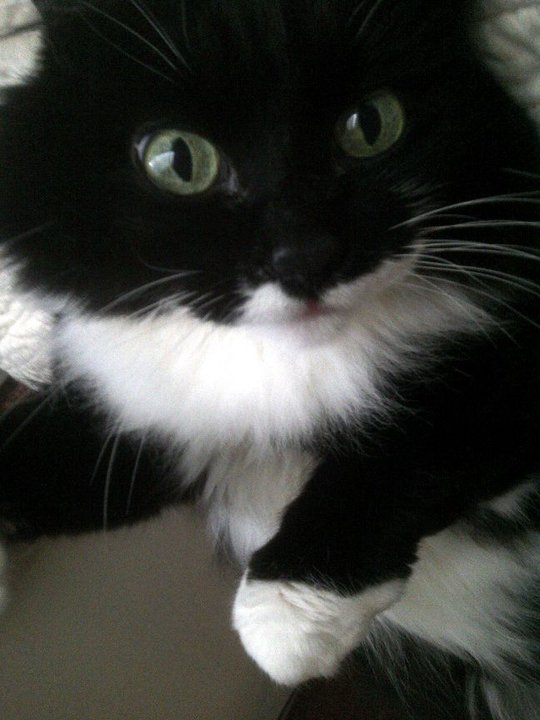 [This image was taken in 2011 in her youth-ish years. I won’t post a picture now because it is sad to see her so old]

My precious baby that I’ve had through all these years of struggle. I got her the year I was going into my Freshman year of high school. Every late night she greeted me eager to get love. After me being away for days at basketball or band camps she’d forgive me after the” stubborn three hour” period was up.

The years of my illness when it was really bad. I was in the hospital for two months and she was scared when I came back. I worried everyday that she would forget about me. She didn’t. After every chemo treatment I had throughout my high school years, she would sit on my lap as soon as I stumbled back to the couch. That was a lengthy process to recover from all the side effects. She was there every second.

Before I got so sick, I was angry. I got angry for no logical reason sometimes. And a memory that breaks my heart is when I held her up and got in her face and yelled at her. She was a young cat, a kitten/teenager, and I got made for her running around and making noise. Something so silly. Petty. I’ve held that memory heavy on my heart even after all these years. I hope she forgave me at some point over the years but how could she fully forgive me? I just have to have faith.

But my faith is wavering now. I was clipping her nails and grooming her tonight. She has mats on her belly from not grooming herself. And two ingrown toe nails.

When I met my love of my life, boyfriend, who is in prison (if you’ve read my page sites posts you know all about some of the story). He had no one for his mother to live. I graciously took her in. I didn’t even know him and I would work at the time. I did it out of the pure kindness in my heart. With her, came her two dogs, his two dogs, and his chinchilla. Ugh. Those animals run the house. And she ended up getting another cat. When I was at an all time low I got a puppy, who is one now, and she gave me a reason to live. My house, therefore, has five dogs, two cats, and one rodent. In a started home with little back yard. The point of all this is to add to my guilty feeling. Snip has never socialized with other animals so having all of those animals in HER home, is overwhelming and way too much for her. She LITERALLY sleeps ALL day in my room. We have to close the door a lot of times so the other dogs don’t bother her. Ugh. I put my codependency from my boyfriend in front of her. I give him anything he wants and one thing I get, is this. This situation leaving her miserable.

Talk about guilt. The ultimate guilt. I get so wrapped up in the priorities in my life that I have clearly put her LOW on my priority list. Sorrow is surrounding me. Think about how she feels… I extend all my compassion to her.

In her old age now, I pet her but she doesn’t seem enthused. She will purr sometimes, not often. She rarely will raise her butt and tail (like cats do) and you pet them down their back.

I hate to admit it but I know she will pass away someday. And it may be soon. I want to give her a better life than she has now. She won’t have the freedom to run through HER house due to all the chaos here, now. So I will be more assertive and make the mother and all the other pets be locked up for an hour (maybe start at that) in the evenings after work for her to come out to the living room and roam. She will have to adjust even to that. Imagine the all new setting and all the news smells that are one hundred percent different from what she knew just a year ago before the mother moved in.

Please. Please, tell me your advice because my heart is hurting every moment and it burns every time I look at her. She’s a best friend and I can’t live like this.

I could list all my excuses: depression, work, exercise, my dog and rodent, therapy/counseling and practicing all the new skills to keep my depression/anxiety in check.

I dread the thought of her leaving and knowing I did nothing even in her last days/years.

© Finding Happiness & Happy Mental Health, 2017. Unauthorized use of this material without express and written permission from this site’s owner is strictly prohibited. Excerpts, links, web pages, and/or duplication of blog posts may not be used.

Randomness from my brain to yours to increase our moods together!

Find yourself, and be just that

Just a 20-something learning to find, love, and heal herself.